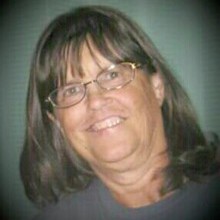 I attended Our Lady of the Rosary, graduated from Kiser High School Class of 1981, both of Dayton. One of my favorite things of my life was being the featured character in the W.O.N.E. coloring book for the National Kidney Foundation, titled "Patty's Visit W.O.N.E." (1978). There I met several W.O.N.E. DJ's and personnel. I was a big fan of the Cleveland Browns, Ohio State Buckeyes and Tennessee Volunteers. I worked for Ponderosa (Keowee Street), North Dayton Garden Center, Furst Florist, Plant Haus Wholesale, Millers Florist, all of Dayton, Continental Florist, Centerville, Miller's Tavern, and volunteered at Brumbaugh Fruit Farm, both of Arcanum. I was an active member of the North Dayton Anglers and Gun Club, also very active in Coonskin Cap Brigade, (teaching the safety and the use of firearms, hawks, knives, and many other things). I loved Rendezvous' (re-enacting of the pre-1840s) under the name of Sally's Primitives.

I am survived by my loving husband, Michael C. Nichols of 26 years, whom I married on July 14, 1990; my son, John Kenneth Wallace, and his wife, (Jamie Heather); their sons and my handsome grandsons, Adam Joseph and Wade Kenneth; their beautiful daughter, Claire DeAnn; my daughter, Jamie Nicole Wallace, and her fiance' Brian Baker, their daughters, and my precious granddaughters Antania Cheyenne and Aereonna Montgomarie; three brothers and their families, William (Bill) Krimm, wife Shelley of Troy, Ohio, Kevin Krimm, wife Christine of New Carlisle, Ohio, Mark Krimm, wife Chelsea of Eaton, Colorado; nieces Tiffany, Taylor, Mattie, Kristin, Brittany , and Bethany; nephews Tyler, Cooper, and Kody. I am also survived by several aunts, uncles, and cousins; brother-in-laws, sister-in-laws, nieces, nephews on the Nichols' side.

Funeral service will be at Newcomer Funeral Home, 4104 Needmore Road. Viewing will be Sunday from 4-9 p.m. Service will be Monday at 10 a.m. Burial interment will be in Calvary Cemetery. In lieu of flowers, send contributions to either Grassy Run Historical Arts Committee P.O. Box 562 Williamsburg, OH 45176, or Arcanum Rescue 202 Main St, Arcanum, OH 45304.

At this time I would strongly encourage everyone to become an ORGAN DONOR, because if it wasn't for my brothers, Bill and Kevin, donating their kidneys to me I might not have had a second and third chance at life. Bill and Kevin I love you and thank you for allowing me those chances. Following the service my family will have a luncheon at North Dayton Anglers at 1924 Valley St., Dayton, OH 45424 as well as a gathering at Miller's Tavern, Arcanum, Ohio, in the evening. Where I would like everyone to come enjoy the life I had, not my death. I would like to thank everyone for touching my life in so many different ways. Love, Patty