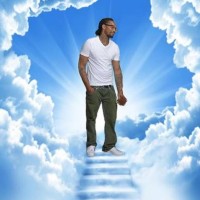 CELERATING the LIFE and MEMBER of OMAR BERKLEY

He was educated in the St. Paul and Minneapolis school system, later earning a GED
and completing his (CNA) Certified Nursing Assistant certification.

Omarhad a heart of gold and to know him was truly too love him. He was affectionately
known by many nick names, such as Old Joe Lewis, Boss Hog, Fat Man, but
famously known by his grandmother as Tookie ‘Boo and his mother by Booky Doo.

Omar was always there for family and believed that family was everything.

His children were his main focus, and the driving force behind him striving to do
and be better. He was smart, articulate, and enjoyed learning new things, especially
reading books. Playing basketball with his little brother Brain was another
past time favorite of his.

He was always joking around and making family and friends laugh. He never mixed
words, and held true to it. The love of music inspired him, and he had
aspirations of one day working in the industry.

The present of Omar Kenyatta Cottrell will be solely missed, but he will live on in
our hearts forever. “We love you Omar”

I have fought the good fight. I have finished the race, I have kept the faith. Finally, now there is in store
for me the crown of righteousness, which the Lord, the righteous judge, will
award to me on that day, and not only to me, but also to all who have longed
for his appearing.