The sky gets a new star 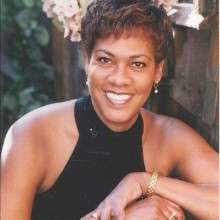 The sky gets a new star

Marge graduated from Palotti High School aka Saint Vincent High in 1970 and received a degree from Wesley College in 1974, and worked in the Accounting field until she retired in 2012.

Marge is survived by 2 children: Kareem Matthews and Kameela M Godbot, and her 2 grandchildren, Kennedy F Godbolt and Kyle F. Godbolt. She also survived by 2 sisters and 3 brothers, as well as nieces and nephews.

Marge was an intense soul full of color and personality. She worked hard to be able to live her life to the fullest. She leaves in her gentle wake, millions of personal memories spotlighting her wit, eccentricity, and the ability to light up a room with her gifted energy. She possessed an admirable love for nature, people, and animals. Marge will join her parents, grandparents, and brothers in the heavens. She will be greatly missed by all those left behind.

We would like to acknowledge with deep appreaciation the many expressions of love, concern, and deep kindness shown to us during our time of bereavement.