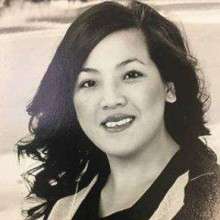 Durham, NC - Mai Tong Yang, age 34, went home to heaven on Saturday, January 12, 2019, at Duke University Hospital in Durham, North Carolina. She was born on June 15, 1984, in Laos to Choua Pao Yang and Mai Yia Kang. In December 1992, their family immigrated to the United States, settling in St. Paul, Minnesota first, then residing in Sheboygan in 1993 until now.

Even though Mai Tong developed Pulmonary Artery Hypertension after age 12, she was an active member of the youth group at the Hmong Christian Reformed Church. She is a loving and wonderful big sister to her four younger siblings and cousins, who often referred to her as their "second mom".

She married the love of her life, John Vang in 2004 and later, gave birth to their beautiful daughter Kayle. Mai Tong and John are active members of the Sheboygan Hmong Christian Reformed Church. Despite her declining health, her smiles, laughter and positive outlook of life never wavered and continued her daily routines with her singing, music, and activities with the women's group in her church.