In Loving Memory of Our Dearly Beloved 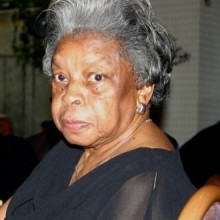 Lucy Odessa McAlpin, 87 years old, of Jackson, Mississippi, passed November 1st, 2017.
Odessa was born to Willis Long and Lucille Thompson on October 18th, 1928 in Jackson, Mississippi. She graduated from Wilbur Right High School and received Bachelors from the Jackson State.  She married Clarence Mcalpin in 1948, and they lived together in Chicago Il.  Together they raised 3 children.

She leaves as her legacy 2 children: Clarence Mcalpin (Ingrid Mcalpin) and Gloria Seabrook. She also leaves to cherish her memory 5grandchildren, 6 great-grandchildren, and 4 siblings.  Her children remember her as a warm-hearted and full of gold. She was preceded in death by Cynthia Mcalpin, (daughter).

Odessa was a professor until she retired in 1992 and was passionate about affecting the most positive change in people.

“I have fought a good fight, I have finished the race, I have kept the faith.