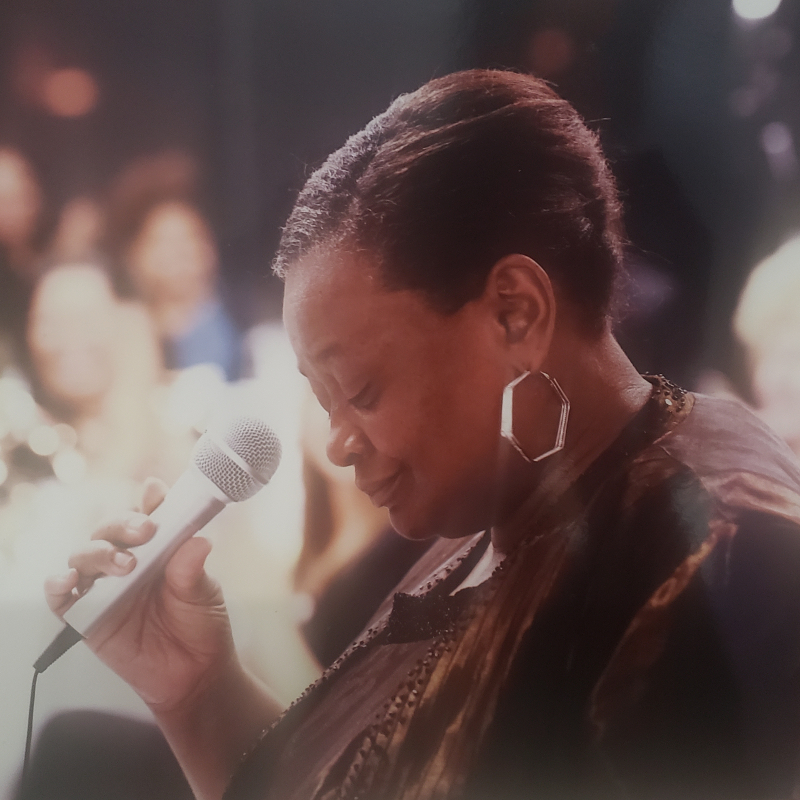 Lona Louise Robinson was born to Louis and Blandine Francis in Chicago, Illinois on March 27, 1957, youngest of four siblings.

Lona was gifted a piano at the age of 12 by her father, and learned how to play with the help of a tutor in the neighborhood. Music continued to enrich her and comfort her throughout her life. She had a beautiful singing voice even as a child, a voice many enjoyed even when she became an adult. She also sang in the choir in high school. Lona attended Harrison High School in Chicago and obtained her GED. She received her Associates Degree in music from Harold Washington College. Throughout her life, she loved music education, at times taking additional classes on music, such as opera, even in other languages. Lona worked at P.A.L.S as a Daycare teacher and enjoyed teaching music to young hearts.

Lona first learned the truth in 6th grade from a classmate named Myrta, who was one of Jehovah's Witnesses. She had questions, many questions, including some deep ones about the trinity, which Myrta helped as much as she could explain at such a young age. Learning that this teaching wasn't a Bible teaching was something that stood out to Lona. She started studying the Bible in 1971 and even started to attend the meetings of Jehovah's Witnesses right away. And although her family were not initially in agreement with her studying with witnesses, Lona did not allow that to stop her search for the truth. Lona was baptized as one of Jehovah's Witnesses in December 30, 1973 at the age of 16. She later found her school friend Myrta again 35 years later to say, 'I'm your sister!'

Lona married Bobbie Robinson on May 15, 1976 and they lived together in Chicago, Illinois before moving to Westchester in 2021. They both were pioneers while engaged and pioneered together for a year after they were married. Together they raised 4 children, who also took the truth. Lona had strong love for Bible truths, even pioneering frequently whenever her health allowed her for over 10 years cummulatively. At one point, Lona and all her children even pioneered together for 2 years.

Lona had many qualities that endeared her to others. She was a pioneer partner to many. She helped those who were sick and ill, even when she was fighting her own health challenges. She assisted many to come and learn about Jehovah and his beautiful qualities and promises. She was firm in her conviction and love for Jehovah, so firm that even when the issue of blood transfusions arose during her many surgeries, Lona adamantly refused and made known her loyalty to her God, Jehovah.

Lona fell asleep in death on December 28, 2021 at age 64. She was preceded in death by her parents, Louis and Blandine Francis; her brother, Louis Francis, Jr; and her sister, Etta Marie Foster.

The Robinson familiy would like to thank all of the friends and congregations that have provided such loving support during this difficult time.