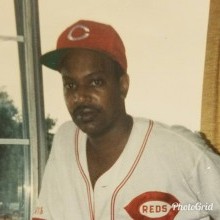 Mr. Larry Williams was born on August 18, 1956, to the late Mance Williams, Jr. and Frankie Skipper Williams in Gary, Indiana.

Larry was born and raised in Gary, Indiana, where he graduated from Lew Wallace High School in 1975. He attended Ball State College for two years before becoming a Paramedic Technician. He later relocated to Houston, Texas and worked as a Paramedic for the Houston, Fire Department. In 1988, Larry moved back to Gary, Indiana to be closer to his beloved mother and father. He began working for US Steel Mill in Gary, Indiana and continued working there for 13 years. Larry later moved to Natchez, Mississippi and began working as a Roustabout with Ingram Barge out of LaPlace, Louisiana.

Larry recently moved to Dallas, Texas, where he spent his last days surrounded by his immediate family. Larry departed this life on Sunday, October 29, 2017, at Baylor Dallas Medical Center. He was 61 years of age.

Larry is preceded in death by his beloved parents, Mance and Frankie. He is also preceded by his eldest brother Mance “Baby Junior” Williams, Jr. and his eldest sister Amanda “Doll’ Chatman Parker.