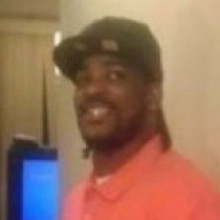 Keshawn is survived by 1 child: Stephanie Jones and wanted more.