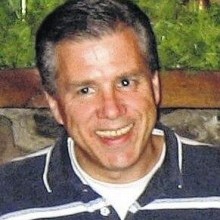 Kenneth Todd Newton, 54, passed away peacefully on October 26, 2016, after a courageous battle with cancer. Ken was born on July 13, 1962, to Howard and Mary Nell Newton of Oxford, N.C. He is survived by his sisters, Dale and Nanette Newton; brother, Jimmy Newton (Rachel); and niece and nephews, Hannah, Dustin and Aaron. In addition to his parents, he was preceded in death by his brother, Chip Newton. A memorial service will be held at 2 p.m. on Saturday, November 5, 2016, at Moody's Funeral Service in Mount Airy. In lieu of flowers, memorial contributions to the may be made online at www.KenNewtonMemorial.com or to Lung Force, 514 Daniels Street #109, Raleigh, NC 27605. Donations will support lung cancer research and patient services. Condolences may be made at www.moodyfuneralservice.com.