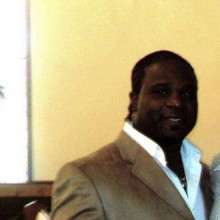 He married Carletta Lane Taylor in 1996 and they lived together in Detroit, Michigan. Together they raised one child, Kaiden Taylor .

Kenneth graduated from Detroit School of Arts in 1988 and received a degree from the South Carolina State University in 1993.

Kenneth worked at Ford Motors until he retired in 2013 and was passionate about affecting the most positive change in people. He also volunteered at the Men of Distinction Alpha Chapter in 1996-2018.

Kenneth is survived by: His wife Carletta Lane Taylor, son Kaiden Kevin Taylor: His Loving mother Minnie Jean Taylor of Detroit Michigan; His father David Taylor III, of Philadelphia; brother David Ke. Taylor of Jacksonville Florida. He also is survived by a host of cousins and uncles who loved him dearly.