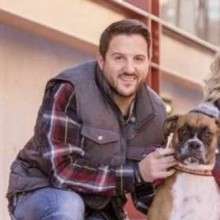 Kameron and Kadison were born on July 8th, 1982 in Chattanooga, TN. Kameron passed away January 20, 2019. Kameron enjoyed playing pool, playing guitar, cooking for his friends, and boating. He was a very outgoing and genuine person. Kameron graduated from Brainerd High School in 2001. Home of the Panthers in Chattanooga, TN. After High School, Kameron went to Pharmaceutical School at the University of Tennessee in Knoxville.

Kameron graduated from UT with a doctorate in Pharmaceutical. He got a job at Vanderbilt Medical Center in Nashville, TN. He became a great pharmacist. After 10 years of living in Nashville and Knoxville. Kameron and his twin brother Kade decided they needed a change and headed out west to Wyoming.

It was a very short time they decided that it wasn’t the best fit for them, and they moved back to Tennessee. Kameron really missed the Capital Music of the World. He was excited to move back as he was looking for a job and ready to start a new chapter. Kameron loved country music and was inspired by one of his favorite artist, Tim McGraw, and George Jones. He was a great singer and an awesome guitar player.

Funeral Services will take place at Brainerd Community Center in Chattanooga, TN. Services will be at 2:30 PM on February 11, 2019. A luncheon will be held, and many memories will be shared as well as a memorial video. Ashes will be spread up in the Smokey Mountains in Pigeon Forge, TN sometime mid-June.

Kameron had many friends and loved his dog Tator. He was very active in the LGBTQ community. In Lieu of flowers, Kameron will have a donation memorial set up at a later date for the organization called The Trevor Project. for more information go to thetrevorproject.org