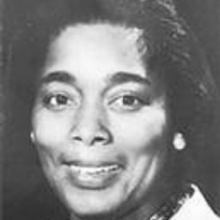 Joyce Ann (Moody) Washington was born in Louisville, September 4, 1941. She was the oldest child born to the union of Mildred and Cecil Robert Moody, Sr. She took the role of eldest quite seriously. In 1947 Joyce's mother, Mildred, relocated with Joyce and her younger brother, Cecil Robert Moody Jr. (deceased) to Harbor Homes in Oakland, CA. It was there where Joyce's mother met and married Thomas E. Maxwell, Sr. who was a loving father until his death in 1971. To this union four brothers: Thomas Jr. (Tommy), Rodney, Kenneth Sr., and Gregory were added, and one sister, Debra. Joyce was God's gift to her siblings and large extended family.

In 1954, Joyce accepted, believed, and confessed that Christ was her savior. She was baptized and become a member of The Beth Eden Baptist Church. She held strong to her faith and loved her church family for the remainder of her life.

Joyce Ann, as she was affectionately called, graduated from Oakland Technical High School in 1959. Later that year Joyce started her professional career as an Alameda County Court Recorder. Three years later in 1963, Joyce married Amos Johnson Jr. and they relocated to Camden, New Jersey. To this union Michelle Renee' was born in 1968. Also in that year, Joyce graduated from Eastern University in St. Davids, Pennsylvania earning her Bachelor of Arts Degree in English. She worked as an early education teacher in the Camden New Jersey Public School System until 1971.

In 1971, Joyce returned to California with her daughter Michelle. It was there she renewed her friendship with and married Charles Washington. To that union Johnathan Dwayne was born in 1972.

From 1971- 1974 Joyce worked for Alameda County Social Services as a Social Worker. In 1974- 1984 Joyce was teaching for the Oakland Unified School District, where she also served int he United States Army Reserves. In the capacity she processed new soldiers into the Army and achieved the rank of Sergeant First Class. She retired from the Headquarters and Headquarters Company (HHC) 91st Division of the United States Army Reserves in 1995. She worked as an Alameda County Sherriff's Technicion from 1985 until she retired in 2004.

Joyce was a faithful and dedicated member of Beth Eden Baptist Church for over 60 years where she served the Lord in many capacities; Deaconess, Circle Leader, Sunday School teacher, Gill Girl, AB Girl Coordinator, WMS President, and Bereavement Committee Chairman. She was the matriarch and historian for the Bell Family. She had a special love for teaching children and was a kind, gentle, and understanding soul who will truly be missed.