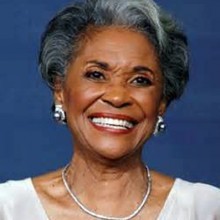 Mrs. Wright was born on Febraury 23, 1945 in Memphis, Tennessee. She was the youngest of seven children.

Mrs. Wright graduated with a Bachelor of Science from the University of Alabama in 1962.

In 1963, she moved to Richmond where she married Donald Wright of Sandston. He worked at Philip Morris until his retirement in 1985. She also was active in the Optimist Club and was a volunteer at the Museum of Science in Richmond, as well as the Girls and Boys Club.

Mrs. Wright is survived by her husband, Donald Wright, and two sons, Michael (Ann) Wright of Memphis, and John Wright; two daughters, Toni Wright and Victoria Wright Manning; three grandchildren Jacques Wright, Andre Wright and Laderrious Wright all of Memphis TN. She is further survived by nieces, nephews, other relatives and many friends. In addition to her parents, Mrs. Barbara Manning and Mr. John Manning. She was preceded in death by three sisters, Martha, Kim and Anna, all of Memphis TN.