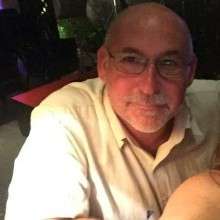 Joseph graduated from Riverside High School in 1980. Married his high school sweetheart Paige in 1985, and they lived together in Riverside. Recently moved to Greenfield, Indiana in 2012 where they lived by themselves. Joseph worked at Chevrolet were he retired in 2016