Life Without End... At Last! 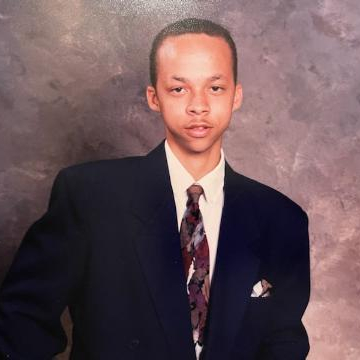 Life Without End... At Last!

Jonah Etipheus Guillory was born October 25th,1974 in Madera, California. Jonah was the third child of four children born to Lawrence and Arlene Guillory. After his family moved to Pomona in southern California, Jonah continued his education at Ganesha High School where he graduated a year earlier with honors in 1991.

His immediate and extended family affectionately call him "Tweety Bird". As a son and brother Jonah was very quick witted, playful, and protective. He was creative and always took an interest in science and building things which led to him having a love for rebuilding classic cars. He loved nature and animals, and took a special interest in dogs, especially bull dogs. He was always a hard worker and provider for his family, as a truck driver, loving the open road.

From his youth up, Jonah's parents raised him within the christian congregation of Jehovah's Witnesses, where he developed a love for Jehovah and became a baptized member on June 12,1995. Jonah loved working in the field ministry and sharing the good news about Jehovah's kingdom and future blessings to others. One of his favorite kingdom songs was, " Keep Your Eyes On The Prize".

In 1996 Jonah met his future wife Deshawn Carter. They married the following year in 1997, and out of their union were blessed with two beautiful children. The eldest daughter Jo'nayia and son Justin.  Years later, Jonah later moved to Murfreesboro, Tennessee where he met and fell in love with Mickael (Coco) Alexander, and they were married in 2015. Mickael was a loving partner and wife to Jonah and supported him in his latter years of declining health. He was a wonderful son, brother, husband, father and uncle. Above all he was a wonderful man.

The family wishes to express our sincere appreciation as your presence here is a reminder of your concern and love. We're grateful for your prayers, comforting calls, cards and supporting words. And are thankful for the many acts of kindness that have aided us during this time.