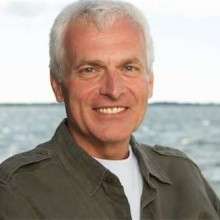 Johnathon,'Johnny,' Morris our loving and devoted brother and uncle reunited with his precious son in heaven on Monday, October 08 after losing a long fight with cancer. He was only 65 at the time of his passing and all of his family and friends are so proud of his heroic fight against this disease. Johnny was born on April 28, 1953, in Pensacola, Florida. Johnny inspired all those who met him and had a charming style that endeared perfect strangers to him, as well as those of us who knew him well. He was retired after a 30-year career with Pace Energy Systems as a custodial caretaker. Johnny was genuinely kind and his face would brighten any room he walked into. His strength and passion for life will live through the hearts he touched.

He is preceded in death by his son Ronnie Lee Morris, his father and mother, Robert and Helen Nelson, and his nephew Richard Bryan, and his grandchildren Nyssa Krause, and Dustin Morris. He leaves to cherish his memories with his wife of 21 years, Patricia Winstead. He leaves behind his sisters and their husbands Arleen and Bobby Resmondo, Donna and Richard Bryant and their two grandchildren, his nieces Juanita Krause and Christine McCaffrey, his nephew, Robert Baggett, and their children and the Resmondo children and grandchildren.

Funeral services will be at 11:00 am on Friday, October 12th Faith Chapel Funeral Home North-Cantonment with Pastor Josh Pope officiating.

We would also like to say a special "Thank You" to Emerald Coast Hospice nurses for the support and comfort in our time of need.

Condolences may be placed online @fcfhs.com.