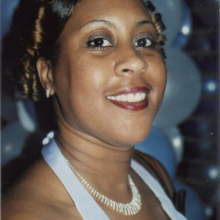 Johnson, Janice R., age 47, of Birmingham, Alabama died Thursday, April 6, 2018, at the Princeton Baptist Medical Center. She was born on April 28, 1971, in Birmingham, Al. She was a daughter of the late Jesse and Lynne Johnson.

Janice had been employed as an independent baker for 22 years and wanted to open her own bakery shop. She enjoyed taking part in selling Mary Kay products, listening to country music and being with her family and friends. She will be dearly missed, but will forever remain in the hearts and souls of all who knew and loved her.

In addition to her parents, she was preceded in death by two brothers, Mason and Ray Johnson.