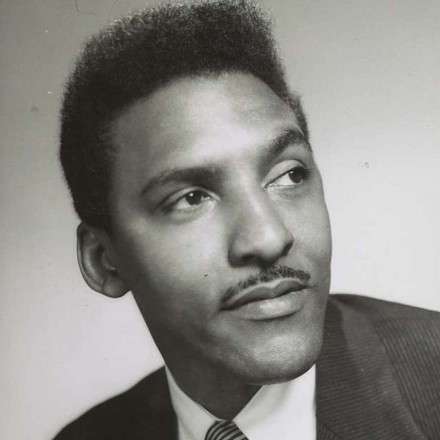 James Omarr Henry of Saint Louis, Missouri passed away on January 18, 2020 at the age of 100 was born January 4, 1920. After wanting to see 100 years, he peacefully went home with in his apartment. As a very young man he learned to work hard and to take on whatever job was available to support himself. He worked in ore mines, steel mills, oil refineries, blacksmith shops and farmed, if necessary.

He was an early entrepreneur and ran several “small businesses”, run out of everything from a friend’s garage, to a neighbor’s barn or even a make shift roadside stand.

In 1932, he met the love of his life, Magnolia Harris. They lived together almost inseparable for over 50 years. The early times were difficult financially; Samuel and Magnolia made many tough choices in those days, including leaving several of their children to be kept for a time in St. Louis by Samuel’s mother Essie Mae, while they made their way to Buffalo, NY.

While in Buffalo, Samuel worked many jobs, but primarily as a Crane Operator with Republic Steel. Along side him, Magnolia also worked many jobs but spent most of their working years together as a Beautician in the shop she owned on East Utica Avenue.

They lived in Buffalo in homes on Masten and Riley and together raised 8 children, living there for over 5 years. In 1972, they returned to St. Louis to live on the land his mother left for him until his death.

He came to know Jehovah and dedicated his life in 1976 in Buffalo, NY. He believed in the resurrection hope and told others about God’s Kingdom.

Samuel loved music and played harmonica and guitar to entertain friends and family. Baseball was his one true sport. He loved to watch and even played catch with his sons and grandchildren. He loved to be with family and was always up for a picnic, reunion or gathering of friends.

He was a strong patriarch of his family, a good friend to all, a man who would give his shirt for a friend.

He was a good father who always took care of his children and did the best he could to teach and guide them, a loving grandfather and “great-grand” father to many.

A man who never cared much about himself and who even in his final days would say to his loved ones, “just to take care of “Ola” when I’m gone”.