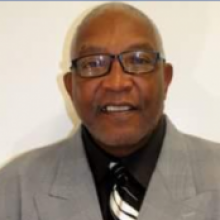 James "Smooth" Everett of Kingston, Jamaica passed away on Thursday May 10, 2018.