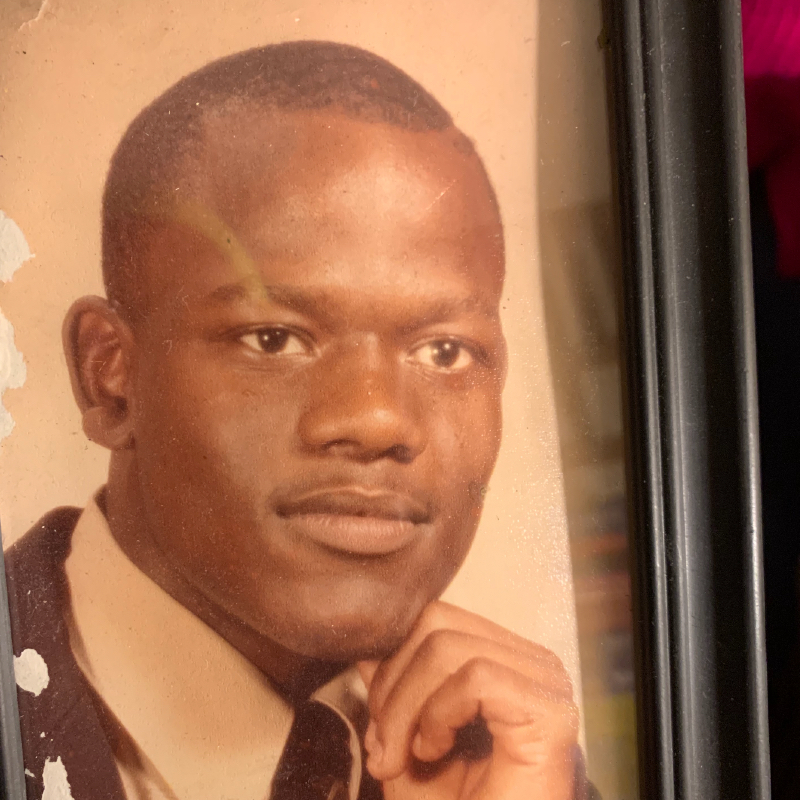 Ike was born in Washington, D.C., the first of 4 boys, to Belmer and Dorothy (Dot) Bowen. His father was just embarking on what would be a lengthy career in the Air Force. There were many moves to locations as varied as South Ruslip outside of London, Lockbourne AFB in Columbus Ohio, Goose Bay in Labrador Canada, Montgomery Alabama, until ultimately settling in Philadelphia, Pennsylvania. This would always remain "home" to Ike

Some of his earliest memories were of England - the porched house that they lived in and a much-loved red tricycle with its own "boot" that had to be left behind. Moving to Alabama in the mid -1960's was a crash course in racism for a young Black kid who'd spent most of his life in the protective bubble of an Air Force base, not yet able to

comprehend why his family was refused service at a burger joint. Virginia presented its own challenges - starting high school and settling into the predominately white neighborhood of Bren Mar in Alexandria. But there was something magical about that small neighborhood – it was there that Ike and his brothers formed friendships so strong that the bonds have lasted a lifetime. When Ike was diagnosed with cancer, his childhood friend, Don Lacey, caught the first flight out to be with him. Ike’s brothers, Brian, Mark and Eric soon followed, and they did what they always do when they would get together - laugh and tell stories, argue and rib each other mercilessly.

One of the memorable eras of Ike’s life was the years he lived in D.C. and worked as a mail carrier in Georgetown, an area he loved and knew like the back of his hand. Butch later lived in New Orleans and Rochester, MN. Fast forward to the early 1990's and Ike moved to Minneapolis, met Johnsie “ got married in a fever" They settled into a family life neither one of them imagined for themselves. Maybe it was this new experience of rootedness that started Ike on his love of collecting. Thrift stores, estate sales, dumpsters - all held the possibility of buried treasure. No one had a keener eye for that one great item nestled under a pile of junk than Ike . He had his specialties and amassed far too many knives, t-shirts, hats, vintage shirts, belts, buckles; essentially any old and interesting piece intrigued him. He then spent hours cleaning, restoring, and researching his finds. He rarely sold them but loved to give them away to those who would appreciate them as much as he did.

He had a huge heart and a great need to be of service to those he loved, showing up every day for a month to help a buddy get his house ready for inspection, driving home 60 miles in a blinding blizzard for the toddler who decided she didn't want to stay overnight at a hotel after all, chasing down a treat bag thief one Halloween. He adored his mother and never stopped feeling protective of his youngest brother. He could be difficult, stubborn, and cantankerous, but we didn't love him any less for it. I once described him as part Rottweiler and part Spaniel puppy.

He would be surprised at the number of people who cared about him and mourn his passing. It pained him to leave us as much as it pains us to lose him. When we think of

Ike, let's think of a hidden treasure, whose shining quality lies just beneath the surface.