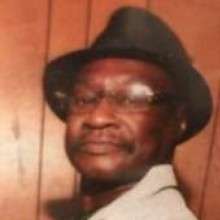 Isreal passed away on August 14, 2018 in Newark, New Jersey. He was born July 19, 1930 in Greenville, South Carolina the son of Otis and Mabel (Sturr) Hicks. Isreal relocated to New Jersey in 1955 where he met his beloved wife Essie. He worked in New Jersey for over 40 years as a Janitor for Maplewood Public Schools, before retiring in 1996.  After retirement, he enjoyed spending his weekends with his family, playing Bingo, and  volunteering to feed the homeless.