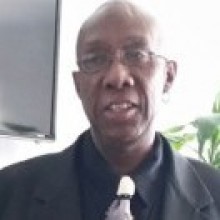 Howard Harris Smith Jr., passed away at the age of 65, on Friday, January 13, 2017. He was born to Howard Harris Smith Sr., and Evelyn Smith on March 22, 1951 in Omaha, Nebraska. Howard's parents relocated to St. Louis, Missouri where Howard continued his education. Howard was a funny, loving man that was full of life.

Howard worked many jobs throughout St. Louis and then relocated to Minneapolis, MN where he continued to work until he retired in 2006.

Howard is survived by his daughters Bettie Mcafee (Scott Mcafee) and Talisha Young; his bothers, Riley Smith, Yustaf Mustafaa, Danny Coleman and sister, Ordella Smith. He also is survived by 8 grandchildren and 9 great-grandchildren along with a host of nieces, nephews, cousins and friends.