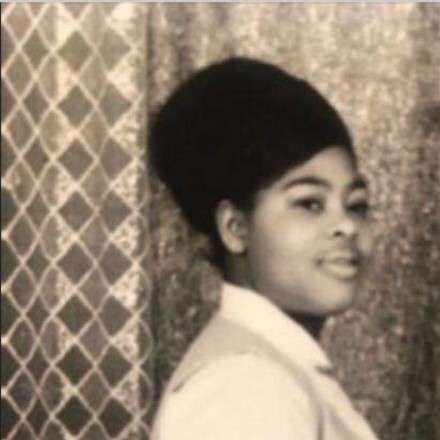 We are deeply saddened by the passing of our Mother, Hazel Woodland on the 24th December 2019, who departed peacefully at her home in Fayetteville NC.

She faced her illness with stoic resolve, prolonging her life for a further 4 years, summing up the true nature of her.

Hazel, the daughter of Retta (Naomi) Rutland and Cleveland Minto, she was one of seven siblings born in Trelawney Jamaica in 1939. She immigrated to Britain in the early sixties where she worked tirelessly to support her family and friends. A natural entrepreneur and go-getter Hazel purchased her first property in the mid-sixties, no small feat as a Black woman in England at the time and went on to pursue many successful ventures.  Her motto “It’s not how many times you fall down but how many times you get up!”

In 1969 she met her true love William Woodland while visiting friends in Germany. Shortly after that meeting, she ventured to America to start a new adventure with William. They were later married on October 14, 1971. Thus, began Hazel’s life as a dedicated Military wife to William. Hazel and William were married for 40 years up until his death on April 10, 2011. She was blessed with three remarkable children, in later years she enjoyed being a doting grandmother to 19 grandchildren, 4 great grand-children and 2 god children.

Always loving, always caring and supportive of friends and strangers alike, unconditionally with no expectations. Her friendships endured and spanned many decades with so many friends across all walks of life and around the world. Known for her rasping sense of humor, witty disposition with a deep concern for world political issues, oh, she loved to dance, with a tremendous love for music; an avid tennis and wrestling fan, well-traveled with an adventurous soul. Hazel, throughout her life was a devout Christian who lived and practiced her spirituality, spending her quiet years playing an active role in her community and volunteering her time with the Red Cross and Hospices.

A truly formidable force of nature, Hazel considered her greatest achievement her children, family and close friends. She left behind a grand legacy her family are honored and grateful for. Her memory will endure through her children, Terrence, Luchana and Mark, her grandchildren and great grandchildren; her legacy to a remarkable life well lived. May she be blessed with eternal peace.

Relatives and friends are invited to Celebrate Hazel’s Life on the 9 January 2020 with a viewing at 11am until time of service at 12pm at Colvin Funeral Home Chapel Fayetteville NC, followed by the cemetery service at Sandhill’s State Veterans Cemetery.