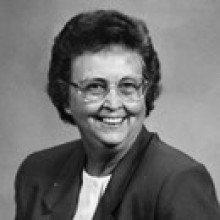 Harriet "Rose" McMurray TaylorKingston, TNHarriet "Rose" McMurray Taylor, 91, of Kingston, TN, passed away April 27, 2017 at Bell-Minor Home in Gainesville, GA. She was born on May 15, 1925 in Kingston, TN to the late Ralph and Helen (Rose) McMurray. Rose was raised by her late aunts: Mary Ruth Rose and Rachel Rose Liggett and graduated from Kingston High School in 1943. She was employed at JA Jones, which built the Oak Ridge nuclear facility during World War II, earned money for college tuition and graduated from the University of South Carolina in 1947 with a Bachelor of Science degree in Business Administration. She was a highly respected educator in the Roane County School System for over 30 years and was a life long member of Kingston First Baptist Church. Rose was preceded in death by her husband, Curtis Gene Taylor, whom she married in 1949 and her older brother, Gene McMurray. She is survived by her brother, Don McMurray and his wife, Jo, of Kingston, TN, and her four children: Ernest G. Taylor, and his wife, Dinah, of Pawleys Island, SC, Mary Rachel Sheridan and her husband, Bob, of Lenoir City, TN, Alan G. Taylor and his wife, Cheryl, of Memphis, TN, and Sally Rose Walpole, and her husband, Howard "Bo", of Gainesville, GA. She is also survived by five grandchildren: Brad Taylor and his wife, Anna, Russ Taylor and his wife, Jessica, Greg Taylor and his wife, Amanda, William Taylor, and Meredith Taylor, and six great-grandchildren: Caleb, Kathryn Rose, Clayton, Karis Marie, Roane, and Flynn McMurray Taylor, and eight nieces and nephews and their families. Rose will be greatly missed by all who loved her and we carry her love of family in our hearts. The family wishes to thank Dr. Miriam Tedder of Harriman, TN and the staff of Jamestown Assisted Living Center of Kingston, TN for their care and kindness. A private, family graveside service will be held on Saturday, May 6, at Kingston Memorial Gardens. In lieu of flowers, memorials may be made to Kingston First Baptist Church, 215 N Kentucky Street, Kingston, TN 37763. Kyker Funeral Home of Kingston in charge of arrangements. www.kykerfuneralhomes.com