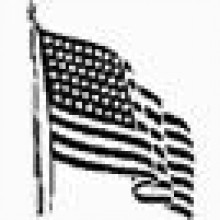 Harold was raised in the Huntsville area of Dallas and graduated from Dallas Township High School, after which he joined the Army Air Corps during World War II. He was employed for many years as the superintendent of Superior Millwork in West Wyoming.

Harold was a collector of many things, including the nicknames Speed, Sweet Harold and Candy Man. He collected sports cards and memorabilia and spent many hours working on genealogy with his sister, Nancy. His hobbies also included making chocolates and carving nameplates with his CNC machine for friends and family.

Harold enjoyed traveling and went on many senior trips after retirement. His favorite trips, however, were his hunting and fishing trips with his sons and friends. He went on bear hunts in Canada, bison hunts in Nebraska and many elk and mule deer trips to Colorado and New Mexico. His last trip in his late eighties was a moose hunt to Newfoundland.

Sweet Harold was a man of keen interest in many things and especially in his family and friends. He will be dearly missed.

He is survived by his sister, Nancy Schimmel; sons, David (Judy), Robert (Donna Coombs), Dale (Shawna) and Paul Elston; six grandchildren; and 11 great-grandchildren; as well as a nephew, niece, and their families.

He was preceded in death by his parents; and granddaughters, Christy, Diane and Marcy.

Funeral services will be held at 11 a.m. on Monday, Feb. 6, 2017, from the Curtis L. Swanson Funeral Home Inc., corner of routes 29 and 118, Pikes Creek, with the Rev. Raymond D. Purdy Jr., of the Living Word Baptist Church, officiating. Friends may call from 1 to 4 p.m. on Sunday at the funeral home. Interment will be in the Lehman Center Cemetery.

Online condolences can be made at clswansonfuneralhome.com.