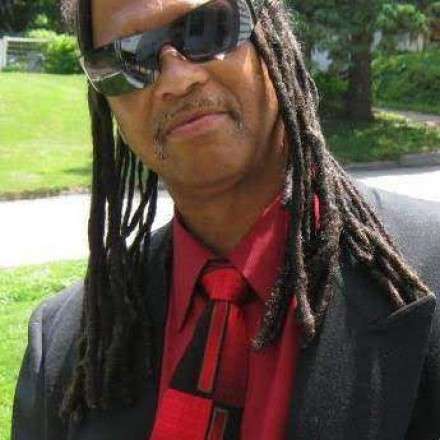 Fredrick D. McSwine was born in February 11, 1954 in Chicago Illinois, to Ruby and Dewayne McSwine. He parents moved to Omaha, NE in the 60s. He mother was a nurse and his father was a mail man. Fredrick had two brothers and two sisters. At a young age Fred learned to play the guitar and sang in the local church choir. He love for music was like no other and he would sing to the point where is drove his siblings crazy. Fred started a band in high school called the “Jail Breakers” and they would play outside the local markets. Fred graduated high school and joined the military where he served in the army. When he got out the military he settle down to raise his six children. In 2016 Fred was diagnosed with Heart Failure, since then he undergone two heart procedures. He battle with heart failure came to end September 23, 2019. He now Joins he mother and father in heaven. He leaves behind six children (Tonika Johnson, Nicole Nelson, Michael Sessions, Juliana Graham, Jasmine McSwine, Sylvia Bonner-McSwine, and Fredrick McSwine Jr.)  He also leaves fourteen grandchildren (Michelle, Anthony, Kourtney, Raven, Rashad, Carmen, Tiffany, Julian, Josiah, Nautica, Makayla, Kendal and Johnathan). Although we have lost a great father, uncle, mentor and musician we will never for him. Fredrick will always be in our hearts and never forgotten.

We invite you to join us Saturday 10/5/2019 5:30pm for a balloon release and candle light remembrance service