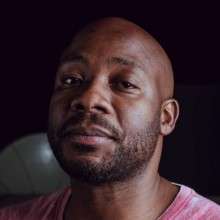 faiti graduated from snyder high school in 2003, where he was a member of the student council and the basketball team. He married shaniyah lee in 2007, and they lived together in Jersey city.

fait and shaniyah have one beautiful boy name, Jaylen Lee.

faiti was also a member of the Order of the Eagle of the Boy Scouts of America and has been a member since he was a little boy. He acheived multiple awards for helping the youth and homeless.

Faiti is survived by his parents michael and madora of jersey city; his two stepsisters michele scott and yakinah williams. He also leaves his grandparents, Harold and Gladys Lee. Aunts and Uncles and a host of cousins.

Funeral arrangements are begin handle by walton funeral home in jersey city. Calling hours will be Monday from 9 am-12 noon and from 2-4pm. The funeral will be held on Tuesday at 9:30am at waltons funeral in jersey city,NJ. In lieu of flowers, the famliy asks that all close friends wear a red shirt because that was his favorite color.