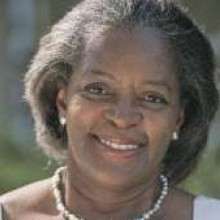 She was always instrumental in constantly trying to keep the family focused on remaining united. She continued to be the supreme hostess of her expanding circle of friends and family. No one, whose privilege it was to know her, would ever forget the warm and glowing brightness of her friendship. The example she set will long continue to inspire us.

Left to cherish fond memories of her are her husband, Joseph Wise of Salisbury, Md; her one and only brother, Charles Fields; 4 children: Shirley Fields, Layton Wise (Moraima), Francine Wise, and Shawn Wise (Tracey). She also is survived by 10 grandchildren, and 4 great-grandchildren.

In addition to her parents, she was also preceded in death by two sisters, Betty Fields, and Helen Johnson.