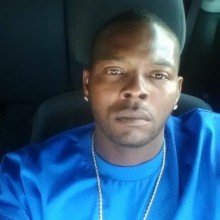 Derrick Henderson, 39, of Little Rock Arkansas, passed Wednesday, May 04, 2016. He was born to Charles Henderson, and Sara Brown, June 11, 1976 in Little Rock, Arkansas. Derrick graduated from Little Rock Central in 1994 and received a degree from University of Arkansas in 1998. He then moved to Omaha, NE where he married Rakiesha Henderson.

Derrick worked at Harbor Construction until he started to have heart problems. He also volunteered at Fathers for a Lifetime for over six years and was passionate about affecting the most positive change in people. In 1996 He was honored with the worker of the year award at the Fathers for a Lifetime organization.

He is preceded in death by his child Deontae Henderson (1997).

Derrick is survived by his child, Shanequwa Henderson, three step-children: Fred, Vontae and James. He is also survived by 2 grandchildren from Shanequwa, Lavar and Datjuan Eubanks.

Derrick was known as a loving, hard working man who cared very much for his family.