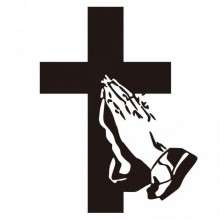 Deborah Anne Porter was born on April 16, 1952, to the union of Randy and Gladice Porter in Centre, Alabama. She moved to Anniston, Alabama while still a young child. Deborah remained a resident of Anniston, Alabama, for the remainder of her life.

Deborah accepted Christ at an early age and was baptized at Cedar Grove Baptist Church. Deborah recieved her formal education in the Anniston Public Schhool. After graduation, she joined the United States Army. She served as a nurse and was stationed in various parts of the world. At an early age, she developed the love for helping people and excelled at doing so throughout her lifetime. In 1976, Deborah met the love of her life and long time companion, George. To this union Deborah birthed three children, Brent Porter, Travis Porter, and Tracey Trueblood.

Deborah departed this life on Sunday, Feburary 24, 2019. She was preceded in death by her father, Raynell Williams and her mother, Gloria Williams.

three nieces, one nephew, and a host of other relatives and friends.

Do Not Stand at My Grave and Weep

"Do not stand ar my grave abd weep,
I am not there, I do not sleep.
I am a thousand winds that blow.
I am the diamond glint on snow."