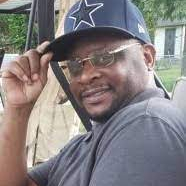 Dana Thomas, 49, of Dallas, Texas, passed on December 11, 2021. Dana was born on August 24, 1972 in Kansas City, Missouri to Rita Sedrick and Darren Thomas. Dana was the second oldest of five children, and attended Central High school in Kansas City, MO. Dana worked as a bus driver for Dallas, Texas public schools, and was planning to retire in the next couple of years. Dana lived a full life, and was a very strong, and charasmatic man. He was loved by many and was always showing gratitude and love when it came to his career, and being a son/father/brother. Dana always had a love for cars, and with that love he began his career driving buses and being the neighborhood bus driver in Dallas. In this moment, Dana would not have wanted is friends or family to mourn his death, but to celebrate his new life in heaven, as he is home with the lord. The Thomas/Sedrick family thanks all for helping celebrate Dana's life.