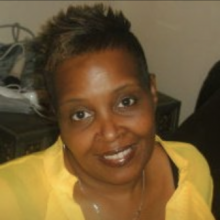 Cynthia graduated from Holy Angels High in 1978 and received a degree from Alabama state in 1981. She married Micheal Fleming in 2003, and they lived together in Mobile. Cynthia worked at Methodist Hospital until she retired in 2017.

Donate to Chicago Museum of Charity in memory of Cynthia.