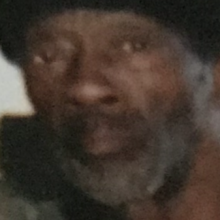 Claude Laws, passed Sunday, December 17, 2017. Claude was born to Raymond Ortiz, and Hattie Ortiz, November 13, 1937, in Detroit, Michigan, both of whom preceded him in death.

After finishing high school and college, Claude came to California with his family and met Margie Rounds and had a set of twins- two daughters Paulette and Paula.

Claude and his only brother, Wheeler Laws, who preceded him in death, were entrepreneurs for many years. He also worked at the City and County of San Francisco and later worked and retired as a Door Man at The Nob Hill Apartments in San Francisco, Ca. Claude was known in the community for helping others and always giving to his family and friends. He took care of his nieces and nephews as if they were his own. Claude aka "Uncle ED" as the family called him, always had a smile on his face and only spoke kind words to everyone.

Claude is survived by 2 children: Paulette Laws-Worthy and Paula Laws. He also is survived by 1 grandchild, DeShon Everette; two sisters, Ruth Herman and his surviving twin, Claudine Laws; several nieces, nephews and a host of other relatives and loving friends.