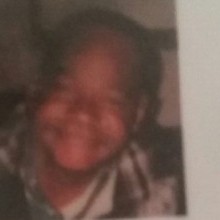 Clarence A. Johnson was born on June 29, 1942, to Maria and Hubert Johnson in Kansas City. He was the youngest of five children.

When Clarence was young the family migrated to California. Clarence attended 92nd St. Elementary, Carver Jr. High school and  George Washington high school. In 1962, he united in holy matrimony to Patricia Carter and from this union God blessed them with three children. Clarence was one of the original businessmen from South Park Los Angeles. He was a P. K. knuckle master and smooth with dice, dominoes, and chess. He was a wise person who applied his knowledge of lessons personally learned. He would lace or educate his loved ones and those he cared about if they were willing to listen. He was a good spirited person who lived his life on his own terms. He was a genuinely kind, caring and loving person. He kept it real, especially with his children. He loved his children and grandchildren to the ends of the earth.

On Thursday 9, 2017 God called him home to rest. He was preceded in death by his wife, Patricia Johnson; his three sons, Keith Johnson, Mark Johnson, and Robert Johnson.