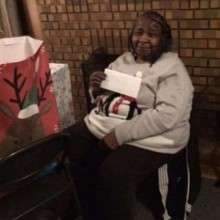 She was born March 20, 1938, in Carter County, a daughter of the late Luther and Nancy Jane Sparks Roberson.

She was a member of Haldeman Church of God, and a homemaker.  She enjoyed arts, crafts and spending time with her children and grandchildren.

Funeral service will be held 2 p.m. Tuesday, February 27, 2018, at Globe Funeral Chapel in Olive Hill, with Brother Don Rivers and Brother Bobby Day officiating. Burial will follow in the Roberson Cemetery in Soldier.