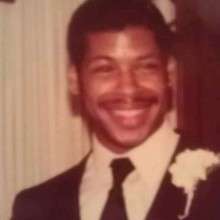 Charles Price was born Nov 21, 1958, in Jamaica, Queens, New York. He had loving parents, Clyde and Gail Whiteside, who saw the love in him and adopted him at the age of two.

Charles was a graduate of Johns Adam High School and later pursued different careers where he left a lasting impression on everyone he came in contact with. Charles had an exceptional talent as a cobbler, a craft he picked up from his father. He was able to take a pair of worn shoes and make them new again with ease. He lived a fulfilling and exciting life. He had a purpose and a smile that could light up a room, especially when Kobe hit the court (smile)

Charles, we will always think of you and carry you with us in our hearts. Not a day will go by that you won’t be missed may you walk with the ancestors and watch over us all from heaven.