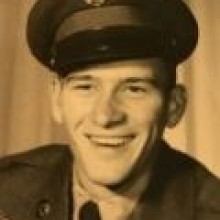 Billy "Bill" Arlon Frank passed away on December 14, 2016 in Houston, Texas at the age of 83. He was born on March 10, 1933 in Cissna Park, Illinois to Willis W. Frank and Eunice I. Frank. He graduated from Cissna Park High School in Cissna Park, Illinois and later attended Bradley University is Peoria, Illinois where he received a degree in electrical engineering. He served in the U.S. Army from 1953-1955.

Bill married Patricia Legner Williamson on September 27, 1979 and they remained married until the time of his death.

He worked as an electrical engineer at Republic Electric Development Company (REDCO) in Peoria, Illinois before starting his own construction company.

After moving to Houston, he worked at Powell Industries and Diversified Power until 1983, at which time he started B.A. Frank Construction.

Bill was a member of the Taylor Masonic Lodge No. 98 in Washington, Illinois for 44 years.

Bill also spent many years serving as a volunteer for the Houston Livestock Show & Rodeo before earning his Lifetime Committeeman badge.

Bill touched countless lives with his humor, decency and positive attitude, all qualities he displayed throughout his life.