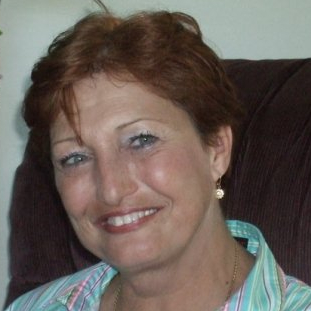 Barbara Lucia (Pape) DeCarlo Andersen, 66, passed away on Friday, July 15, 2022 surrounded by her children and grandchildren. Barbara was born in Utica, NY to Patsy Pape and Anne Muller Pape on August 13, 1955. She attended Proctor High School and then chose to attend beauty school and begin her lifelong career as a hairdresser.

On August 28, 1971, Barbara married Gary DeCarlo and during their ten years of marriage were blessed with two children, Renee & Jeremy. On June 6, 1985, she married David Andersen and was happily married for 25 years. It was during this marriage she relocated to Texas.

Barbara mastered her craft of being a beautician at The Looking Glass in New Hartford. When she moved to Texas, she started working for a local salon in Tomball, Texas before fulfilling her dream of opening her own salon in 1986, Barbara’s Country Hairport, in Pinehurst, Texas. She welcomed hundreds of clients through her shop doors for over twenty years before her health forced retirement at an early age.

Barbara loved to travel and was fortunate to accompany her second husband on a variety of trips and cruises around the world to places such as Ireland, Turkey, Hawaii, and the Bahamas. She loved to challenge anyone to a game of Scrabble, Gin Rummy, and Words with Friends as well as watch Wheel of Fortune, Family Feud, Dr. Phil and Judge Judy daily. Barbara never met a stranger, was the life of any party, and had a smile and laugh that could light up any room.

Barbara is survived by her beloved children, Renee (DeCarlo) Gray of Bastrop, TX and Jeremy & Julie DeCarlo of Bentonville, AR. Nana will live on in the hearts of her three grandchildren, Anthony DeCarlo, Madeline DeCarlo and Colton Gray who loved her dearly. She is also survived by her sisters, Patti Dewey and husband Al of Barneveld, NY, Christine Massoud and husband George of Clinton, NY, Maxine Pape of Sardis, MS, and Kathleen Pape of Whitesboro, NY. She is also survived by one brother, Rocco Pape of Verona, NY. Barbara leaves behind numerous nieces, nephews, great nieces, great nephews, and cousins throughout the greater US. Her family would also like to acknowledge some very dear friendships she has maintained throughout the years including her childhood best friend, Patty Pantola of Utica, NY, her very dear friend, Judy Black of Spring, TX and most recently, Julia (Jules) Fischer-Steele of Austin, TX. Barbara was preceded in death by her father Pat, mother Anne, and sister Rosie (Pape) Mohns.

Barbara was born and raised in the Catholic faith, later chose to be baptized and become a member of Graceview Baptist Church. In most recent years, she was a devout Christian, believer in her Lord & Savior Jesus Christ and prayed relentlessly for so many. Her final wishes were not to have a funeral, but instead a Celebration of Life, which will be hosted by her children on Saturday, August 13, 2022 (her birthday) in Utica, NY. We welcome those who would like to join us in this celebration and pay their respects to the family. Additional details surrounding this celebration will be shared shortly.

In lieu of flowers, we invite those wishing to honor her memory to donate to one of the following charities that have touched her family. Austin Recovery Network which provides critical services and support to teens in recovery or Scottish Rite for Children which provides care, guidance and innovation to help kids run, jump and play.