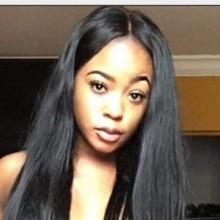 She was born to William Smith and Kimberly Smith on September 20, 1982 in Chicago, Illinois.  As a child, Arianna moved to Minnesota with her parents and siblings and later graduated from North High School in 2001.  She also received a degree from Saint Paul College.

In 2009 Ariana married Anthony Tanner and gave birth to their little girl, Mya Tanner. They lived together in North Minneapolis, Minnesota until her death.

Arianna was a very smart girl who loved life. She loved her husband, daughter and her family dearly.  She was on her way in life with a bright future in forensic science, but sadly her life was cut short. We are saddened but also rejoicing because she was always happy and didn't like sadness.  She had a good relationship with God and we know she is looking down on us telling us she's okay and not to be sad.