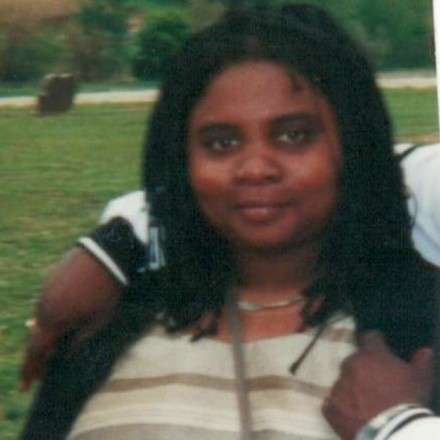 Aprilene Watson, 49, of Omaha, Nebraska, passed Tuesday, November 19, 2019. Aprilene was born to Jerelene Watson , November 07, 1970 in Omaha, Nebraska. April was raised along side brother, Randal Watson Sr. and her two sisters, Tina Watson-Perry, Natasha Watson.  April aka Apple will be survived and her memory kept alive  by a multitude of nieces,nephews, cousins, Aunts and Uncles. She was loved by many.

To know April was to love her.  If you weren't getting corrected or cussed out, you were laughing at whomever was. Those of us blessed to be around April were listening to good music and eating good food. Bumping Baby Face while eating a plate of Soul food was how you'd find April passing her time.

April loved having order in her life, she didn't play about work or school.  If she missed a day, it wasn't by choice.  She was the very best version of independent as one could be, according to April...there wasn't nothing she couldn't do herself and if you thought otherwise, you were wrong!

To say we will miss her is a an understatement.  We look foward to feeling/seeing her presence once again, until that time manifest.  We thank our Creator for the experience of placing such a beautiful soul in our lives.