Gone but Never Forgotten in our Hearts 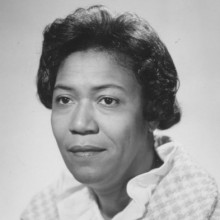 Gone but Never Forgotten in our Hearts

Anne graduated from Robert E. Lee High School in 1954. She married Charles Lee Etheridge in 1958, and they lived together in Montgomery then moved to Cleveland, Oh. Anne worked for the City of Cleveland, Oh until she retired in 1992. She also volunteered at many Women Shelter's across the Cleveland area for 10 years and was passionate about affecting the most positive change in people.