Always Loved and Never to be Forgotten 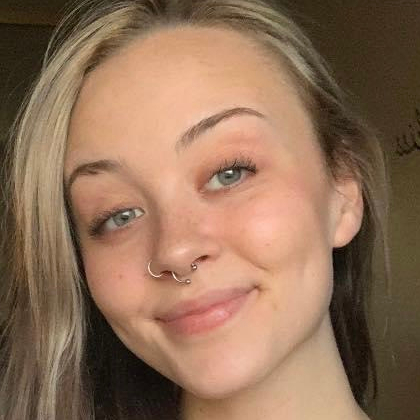 Always Loved and Never to be Forgotten

Adrianna is predeceased by her maternal grandparents, Nathan and Diane Gale, and her paternal grandfather, Kenneth Nichols. Adrianna's paternal grandmother, Marietta Nichols was in heaven to embrace her when Adrianna arrived. Left to cherish her memory are her parents and their spouses, Melissa Lucius and her spouse Robert Dodds, James Screeton and his wife Melinda Screeton, a loving partner, Dawson Miller and their young child, Siena Miller, four sisters Kayle and her husband Joseph, Britini, Alyssa & Jenna as well as two brothers Ryan and Anthony, along with uncles, aunts, cousins and many close friends who were like family to her.

Adrianna was born May 25th, 2003 in Redwood City, CA and moved to Stockton just two short years ago to raise her baby and start to her life. She was a practical joker with a generous heart of gold, never hesitating to help people out. Because she was such a love and imminated so much light into peoples hearts, she was adored by all who truly knew her. She was known for her huge heart that she wore proudly on her sleeve and she never hesitated to let people know that she loved them. She was a lover of family and that love extended into her animal family as well. Adrianna had big dreams and many things she was looking forward to accomplishing. She was a determined young lady who never gave up and never backed down. Adrianna was the first high schooler to be accepted into College of San Mateo history as a concurrent student in her field of study but before she could complete this achievement the pandemic hit and her next great role was right around the corner. Adrianna became a mother just 20 short months before her passing and she was an amazing mother from the start. Adrianna and Dawson traveled for three months up to three to four times a day to their little girl who was born prematurely, until they recieved the call they could bring her home, Siena was blessed to have been gifted to such special souls! Adrianna's favorite pass time besides playing with Siena was to do research, ensuring she was caring for Siena knowledgebly and she proudly shared her new found wisdom with family, friends and even on social platforms to help other young mothers out.

When she wasn't busy playing or caring for Siena, you could find her spending time with her doggies, Dude and Baby. The family often went on outings just to go to Dutch Bros. and get the doggies a treat along with Adrianna's favorite drink! She recently got her license and was enjoying her new found freedoms, shopping, visiting loved ones and just plain driving.

She loved fiercely and deeply and we take comfort knowing that Adrianna has joined her grandmother, Marietta surrounded by love and peace.

There will be a Celebration of Life at Skylawn Memorial Park HWY 92 and Skyline Blvd. San Mateo, CA 94062 - individual invitations will be sent out

Should you like to make a donation in honor of Adrianna for her young daughter Siena please contribute to either of the following accounts they are both for Siena's future.

Donations to be made directly to Siena Marietta Miller and sent to C/O ;

Donate to Adrianna Screeton in memory of Adrianna.