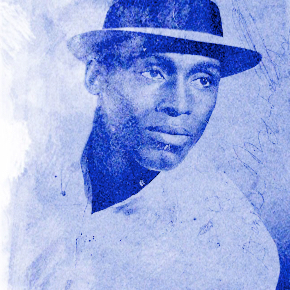 Earl Johnson Quarles was the only child born to Sherman Quarles and Sarah (Johnson) Quarles in Clarksville, Tennessee in 1938.  They lived down the street from Austin Peay Normal School Junior College where he would listen to the band every day.  After Sarah died, Sherman and Earl moved to Indianapolis, Indiana.  There he was a member of Galilee Baptist Church and started to draw at an early age.  He attended John Hope School 26, one of the first public schools for Black students in Indianapolis and Arsenal Technical High School in Indianapolis.  At Arsenal Technical High School, he played football, basketball, wrestled, and ran track.  Earl’s claim to fame was that he beat Oscar Robertson “the Big O” in the hurdles.

On 15th street in Indianapolis, Earl lived near the Phillips Family where he spent most of his time because of a skinny leg girl named Clara Ann Phillips. They fell in love over a 5-cent malt. In 1956, Earl and his best friend John Waller joined the Marines and was stationed at MCRD.  While in the Marines Earl and John had a Doo-wop group. Earl and Clara Ann married August 10,1957 in Indianapolis and to that union was born their only child Denise A. Quarles.

For a season, Earl and Clara Ann separated and divorced.  However, he returned to Indiana to get the love of his life back and they remarried on December 19, 1975 in San Diego.

Earl attended St. Stephens COGIC with Clara Ann.  There he was responsible for building props and scenery for all the plays for the Sunshine Band Choir, of which Clara Ann was the President.  Earl would do anything that Clara Ann asked/told him to do without too many questions.  For his dedication and service to the Sunshine Band Choir he received a Certificate of Appreciation from the Greater San Diego Chapter of Blacks In Government. Earl was also an honorary deacon.

Earl worked as an Ironworker most of his adult life with Ironworker Local 229. He worked for Bowl Steel, Bannister Steel Inc., Diversified Metalworking and many more.  He always wore his EARL belt buckle and red suspenders everyday to work.  Earl would talk about his Union Brothers and Sisters all the time with fondness.  Earl has contributed to many structures in San Diego to include the arch-shaped bridge on CA Interstate 15 ( Lilac Rd), San Onofre Nuclear Power Plant, Vista Jail, SDPD Headquarters and building the Educational Complex Center (ECC) to name a few.

When driving around San Diego he would point out his work proudly or would say, “Don’t go in that building or over that bridge, you know I helped build it.”  The many stories he would tell us about the people and jobs he worked with would always leave us in tears of laughter.  Earl proudly displayed on his truck window the American flag and his Ironworker Union Local 229 sticker.  This is his topping off party.

Earl was an avid sports fan, the Neighborhood Grandfather, Mister Fix-it and a comedian in his own right.  He enjoyed solving crossword puzzles in ink, watching, and participating in Wheel of Fortune, Jeopardy, and Family Feud every day in his den.

Over time he earned various nicknames: Earl the Pearl, Earl the Squirrel, Goose, Paw Paw, Southeast Uncle Ruckus, Earl J., Mista Earl, and Cousin. He was also called the Godfather of Avon, because he resumed Clara Anns’ Avon route after she passed.